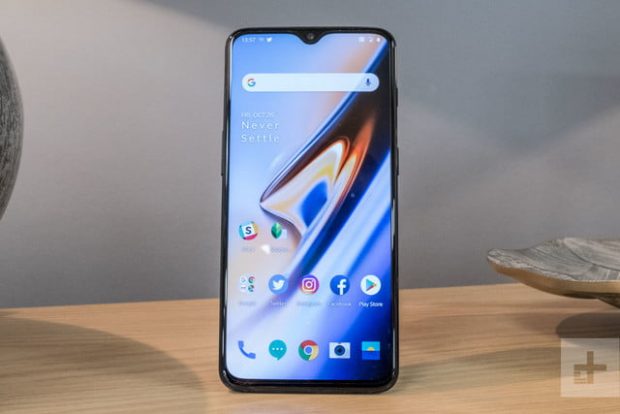 Never missing an opportunity to spread the good word, not only did OnePlus push out the 6T just in time to mark its fifth anniversary, but it also released a tantalizing “Thunder Purple” edition shortly afterwards, followed by the limited McLaren Edition with a whopping 10GB of RAM.

It wasn’t like the company needed this extra marketing ammo; the 6T brought exotic features like an in-display fingerprint reader and dewdrop notch to the West. It’s also the company’s first ever tie-in with a US carrier, available on T-Mobile.

The biggest question was whether the OnePlus 6T would make a fitting successor to my previous main phone, the OnePlus 6. Back in May, I concluded that the 6 was a very compelling package tagged with an attractive price. It’s a hard act to follow. I’ve since switched to the 6T, and while it does offer some upgrades, there are some new trade-offs, too.

When it comes to notches, the smartphone world has reached a new level of minimalism. Alongside the punch hole design, you can even go all-screen if you don’t mind switching to a pop-up front camera. In the 6T’s case, however, it’s gone for the dewdrop notch — and I’m still a sucker for it. It simply looks more natural than punching a hole in the corner of the screen.

This dewdrop is also a vast visual improvement over the wider notch on the OnePlus 6, and so far, I haven’t found any trade-offs in terms of user experience — the new proximity sensor and earpiece work just fine. Both the body and the 1080p AMOLED screen are actually slightly longer –

Despite its flaws, the 6T is a no-brainer for those seeking a stylish flagship Android phone, especially if you have budget in mind. It’s also a much better deal than the latest flagship iPhones. But is it worth upgrading from a OnePlus 6 to a 6T? Unless you’re eyeing on the McLaren edition for its unique looks and 10GB RAM, you might want to see what OnePlus has planned for later this year.