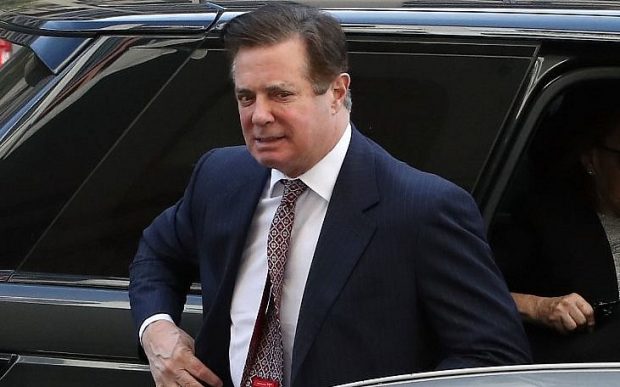 Manafort is a key figure in the Russia affair. His “intentionally multiple false statements” now actually proven, as a federal judge on Wednesday claimed that has far-reaching consequences for the 69-year-old.

The former campaign chief of US President Donald Trump, Paul Manafort, has lied in the Russian Federation investigations of the FBI to the conviction of a court. Federal Judge Amy Berman Jackson said it was proven Wednesday (local time) in Washington that Manafort “deliberately made several false statements” to the FBI, the team of FBI special investigator Robert Mueller and before the jury.

This is clear from the court decision. This would have the 69-year-old violated an agreement with the judiciary, with which he was sentenced to reduce the sentence.

The court ruling said that the Special Investigator was no longer bound by its obligations under this agreement, which Manafort committed to providing full and true testimony last September. This also applies to the commitment to work for a milder sentence for Manafort.

Manafort is a key figure in Mueller’s investigations. The ex-campaign manager had rejected allegations that he had lied, violating his agreement with the judiciary. Mueller’s investion of possible collusion of the trump camp with representatives of Russia in the US election campaign in 2016. Trump denies that there could have been such collusion. He regularly calls the investigation “witch hunt”.

Manafort had joined Trump’s election campaign camp in March 2016. In June 2016, Trump made him his campaign manager. In the same month, Manafort attended a meeting with a Russian lawyer in the Trump Tower, which raises many questions. The eldest son of today’s president, Donald Trump Jr., had agreed to meet with the lawyer because he was promised compromising material about Trump’s opponent Hillary Clinton.