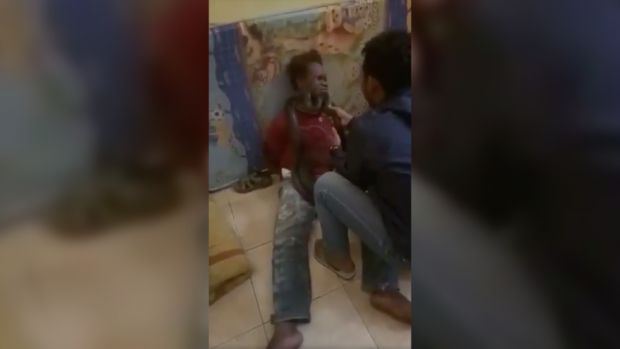 On the island of New Guinea, officials slapped a suspected thief in handcuffs. The animal is safe.

With an unusual interrogation method, the Indonesian police has received a lot of criticism. On the island of New Guinea, officers in a cell used a snake at least two meters long to handcuff a suspected thief. Following torture allegations by human rights activists, the police apologized.

The video was distributed by human rights lawyer Veronica Koman via Twitter. The scene lasts more than a minute. One of the policemen holds the snake right in the face of the suspect sitting on the ground. From the background the question can be heard: “How many times have you stolen cell phones?” A police spokesman said on Monday, “This method is wrong, we apologize.” Disciplinary action was taken against an official.

According to the police, the snake is a non-toxic specimen kept on the area as a kind of pet. In the past it had been used several times to bring drunken rioters to their senses. The police spokesman said, “If the drunkards see the snake, they usually start behaving.”