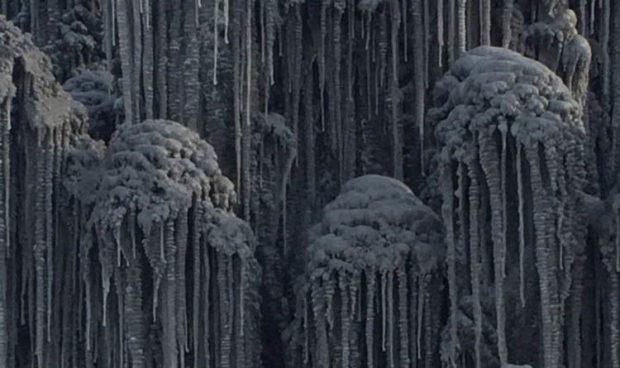 The cause of the snow protection in the industrial area in the Siberian Kuzbass is found. Now it will be cracked down, said the governor of the affected region.

Black snow had caused great concern among residents of several locations in the Siberian Kusbass coal mine over two weeks ago – now the authorities say they have found the alleged cause. On Tuesday, the governor of the affected Kemerovo region temporarily closed a coal factory.

The authorities accused their management of blowing the coal dust produced during production unfiltered for years. “They kill themselves, they kill the people who work for them and they kill everything around them,” said Governor Sergei Zivilev on TV. He announced that he would hand over all documents about the factory to the prosecutor and personally take over the supervision of the factory.

The factory is located in the town of Kiseljowsk, which, together with two other cities, had suffered badly from the unusual snowfall. Photos in the online networks showed gray to black, oily snow, which covered houses and cars and was difficult to wash off according to the residents. Some have already compared their surroundings with the dark realm of Mordor from Tolkien’s Lord of the Rings.

Many feared for their health and especially for the health of their children and forbade them to play outside. Measurements showed that air pollution was twice as high as the limit.