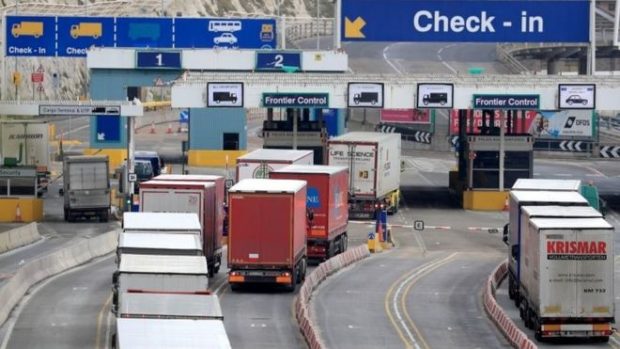 The government has published its assessment of the impact of a no-deal Brexit on business and trade.

The report said “some food prices are likely to increase” and customs checks could cost business £13bn a year in a no-deal scenario.

It also said there was “little evidence that businesses are preparing in earnest”.

But the government said it had undertaken “significant action” to prepare for no deal on 29 March.

It comes as the PM has promised MPs votes on delaying Brexit or ruling out no deal, if her deal is rejected again.

Theresa May’s Brexit deal was comprehensively rejected by MPs on 15 January and she has said they will get a second chance to vote on it – possibly with some changes – by 12 March.

The UK is currently due to leave the EU on 29 March – with or without a deal.

The government’s report, which was drawn up for the cabinet, said: “One of the most visible ways in which the UK would be affected by delays in goods crossing the Channel is our food supply, 30% of which comes from the EU.”

Possible disruption to cross-Channel trade “would lead to reduced availability and choice of products”, the document said.

“This would not lead to an overall shortage of food in the UK, and less than one in 10 food items would be directly affected by any delays across the short Channel crossings.

“However, at the time of year we will be leaving the EU, the UK is particularly reliant on the short Channel crossings for fresh fruit and vegetables.

“In the absence of other action from government, some food prices are likely to increase, and there is a risk that consumer behaviour could exacerbate, or create, shortages in this scenario.

“Today she told the House of Commons she is listening, but MPs have passed a motion rejecting a no-deal Brexit and yet she refuses to request an extension of the Article 50 process in order to stop no-deal happening.”

Ms Soubry’s amendment instructed the government to publish within seven days “the most recent official briefing document relating to business and trade on the implications of a no-deal Brexit presented to cabinet”.

It drew the backing of some mostly Remain-supporting Labour and Conservative backbenchers.

But Ms Soubry withdrew the amendment after Brexit Minister Chris Heaton-Harris indicated that Cabinet Office Minister David Lidington would meet her and would be publishing the relevant information.