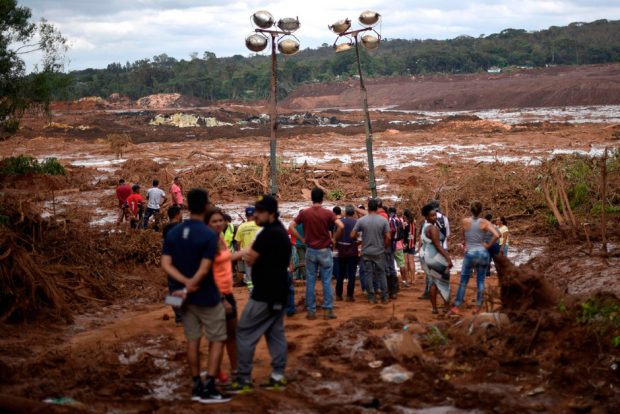 At least 58 dead after mudslide, over 300 people are missing.

Hope is dwindling, but the search continues: After the dam burst on an iron ore mine in Brazil, the number of confirmed fatalities has risen to 58. 305 more people are still missing, as the Civil Defense Authority announced on Sunday. The number of dead is likely to rise even further.

“There are many missing persons, and the chances of their being dead have increased significantly,” said Minister of Regional Development Gustavo Canuto. On Sunday, the rescuers were unable to recover any survivors.

Around 200 firefighters and 13 helicopters were involved in the search and rescue work near the village of Brumadinho in the state of Minas Gerais. Israel sent 130 soldiers and 16 tons of material to the site to help with search and salvage operations. On Sunday, the search was temporarily stopped because a second dam threatened to break.

The dam at the mine of the Brazilian mining company Vale was broken on Friday. A mudslide had rolled over parts of the plant and adjacent settlements. How exactly the accident occured is still unclear, said Vale President Fabio Schvartsman. He spoke of a “terrible tragedy”. The Ministry of the Environment announced a fine of $250 million reais (58 million euros) against the group. Altogether, according to Vale, about twelve million cubic meters of sludge spilled over the plant and the nearby settlements.

The prosecutor initiated an investigation to investigate those responsible for the accident. “We are doing everything to ensure the safety and stability of the dams,” said Vale boss Schvartsman in a statement. The TÜV Süd had checked the dams in the past year, as the company in Munich confirmed on request. “We will fully support the investigation and provide the investigating authorities with all the necessary documents,” said TÜV Süd.