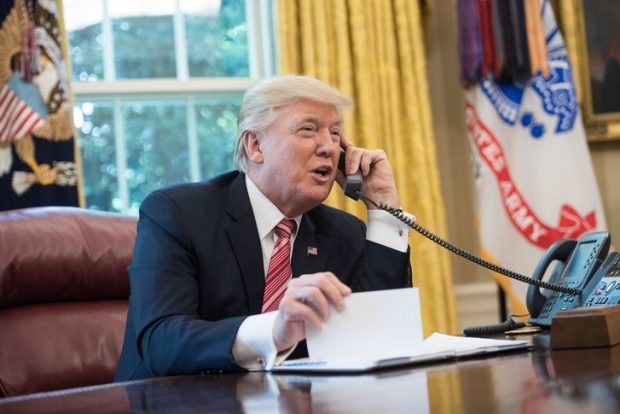 President Donald Trump has yielded to political pressure to end the longest US government shutdown in history.

After 35 days, he backed a deal to fund federal agencies for three weeks, but it includes none of the money he has demanded for a US-Mexico border wall.

The Republican president previously vowed to reject any budget unless it included $5.7bn (£4.3bn) to fund his signature campaign pledge.

Later on Friday, the Senate and House unanimously passed a bill to temporarily end the shutdown, after which President Trump signed the bill into law.

Following the votes in Congress, Mr Trump tweeted that his decision had been “in no way a concession”, but was “”taking care of the millions of people who were getting badly hurt by the shutdown”.

What did President Trump say?

Speaking in the White House Rose Garden, Mr Trump said he was “very proud to announce” the agreement, which will fund the government until 15 February.

He said federal workers affected by the political imbroglio, whom he called “incredible patriots”, would receive full back-pay.

Mr Trump also said he would not yet resort to “a very powerful alternative” – an apparent reference to declaring a national emergency.

That must be cold comfort for congressional Republicans, who have watched their party – and the president – take the brunt of the blame for the impasse. And it now sets up a three-week period of frenetic negotiations to reach a border security agreement.

If the federal employees have been drowning because of the shutdown, this temporary funding agreement gives them a chance for a desperate gulp of air.

In three weeks, another shutdown looms, however. Or, the president warned, he could declare a national emergency and take the border battle to the courts.

So did Nancy Pelosi win?

With opinion polls showing most Americans blamed Mr Trump for the shutdown, he opted for a way out that had been pushed for weeks by the Democratic leader of the House, Speaker Nancy Pelosi.

The outcome was widely seen as a resounding victory for her.

Lawmakers in her party lavished praise on the California congresswoman’s refusal to give ground.