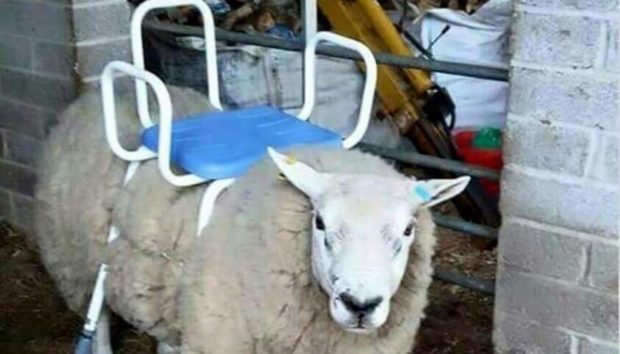 “Year-round model with back fertilization” – Sounds like a tempting offer, for twelve thousand dollars.

Spring is just around the corner and many garden owners think about mowing the well-tended lawn again.

Speaking of mowing: An unusual auction on the internet is providing amusement in New Zealand. On the auction platform TradeMe, a stranger offers a sheep – seated sheep as a “seat mower” (“hardly used, good condition”). The photo shows a rather uncomprehending looking sheep with a kind of child seat on his back.

The initial bid is 12,000 New Zealand dollars (about 7,200 euros). Until Wednesday evening (local time), however, no one was willing to pay so much money. About the provider (pseudonym: Celtickiwi29) is only known that he comes from Christchurch.

A whole series of questions were received, which were all answered. The sheep is praised in it as “year-round model with automatic grass catcher and built-in back-fertilization”.

The auction runs until Sunday. More than a thousand people have registered to follow the course. By the way, the animal has to be picked up by the buyer, and not to be delivered.

In New Zealand – a country with less than five million inhabitants – there are more than 27 million sheep.