US Postpones Next Tariff Hike After China Trade Talks 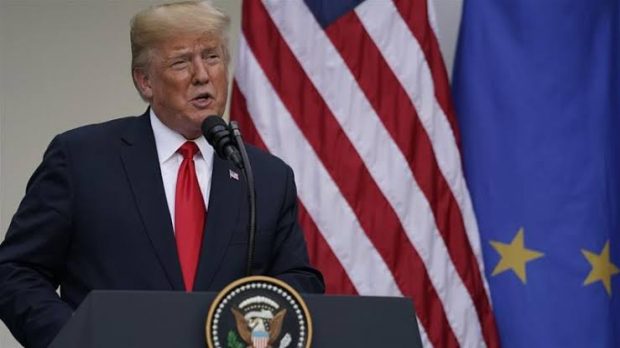 The US has agreed to suspend its next tariff hike on Chinese imports after two days of trade talks in Washington.

US President Donald Trump said negotiators had reached a “phase one deal” that would include increased agricultural purchases and address financial services and technology theft.

China’s top negotiator Liu He also said he was “happy” with progress.

The US was due to raise tariffs on some Chinese goods to 30% next week.

US share markets, which had risen on reports of a deal, closed higher, but shed some gains in the final minutes of trade as it became clear any agreement was relatively limited.

‘A deal, pretty much’

“We’ve come to a deal, pretty much, subject to getting it written,” Mr Trump said, adding that negotiators would begin discussing additional phases as soon as this set of agreements is put to paper.

Mr Trump said he might sign the deal alongside Chinese President Xi Jinping at a United Nations summit in Chile in December.

“While we are pleased that tariffs aren’t going up, this agreement seemingly does nothing to address the crippling tariffs farmers currently face,” said Brian Kuehl, the group’s co-executive director.

The US and China have imposed tariffs on billions of dollars worth of each other’s goods over the past 15 months, casting a pall over the global economy.

The US wants better protection for US intellectual property, and an end to both cyber theft and the forced transfer of technology to Chinese firms.

This week’s talks were the first high-level negotiations in more than two months. They kicked off amid a backdrop of renewed tensions, as the US blacklisted 28 Chinese entities over human rights concerns.

US business groups, which have largely opposed the tariffs, said they hoped the breakthrough would set the stage for a bigger deal that would remove the import tax hikes already imposed.

Mr Trump said the range of issues under discussion warranted breaking up the negotiations into parts.

“It’s going to be such a big deal that doing it in sections and phases I think is really better,” he said.