73 Dead: Do Gasoline Engines Cause The Tragedy In Mexico? 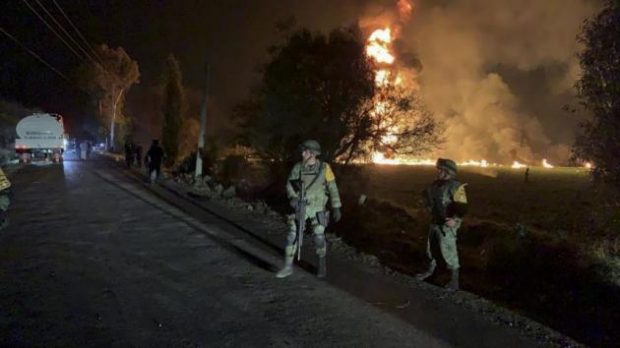 In the state of Hidalgo, there was a devastating explosion on a gasoline line. An illegal tapping attempt could have been the reason.

The death toll following an explosion on a gasoline pipeline in Mexico has risen to 73. Around 74 injured were treated in hospitals, Hidalgo Governor Omar Fayad said in a press conference on Saturday. Most of the injured were men, many of whom suffered severe to very severe injuries.

There were several hundred people near the pipeline at the time of the explosion on Friday, local media reported. On the line in the city Tlahuelilpan was leaked, neighbors approached to take the gas in buckets or canisters.

How exactly the explosion happened was not clear at first. It can be seen in a video footage how the explosion causes panic at the scene of the accident. People are screaming away from the fuel line.

On Friday afternoon, according to the TV station “Milenio TV” a leak on the line had been reported. The state-owned oil company Pemex said it was an illegal tapping attempt on the pipeline between the cities of Tuxpan and Tula.

Petrol theft is a big problem in Mexico. According to Pemex, every 30 minutes last year an attempt was made to illegally tap one of the pipelines. Hidalgo’s governor called after the accident, the population not to participate in the petrol theft. It is perilous, warned Fayad on Twitter.