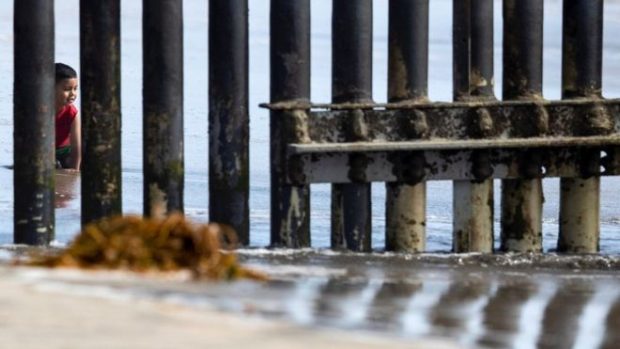 The US Supreme Court has said that President Donald Trump can use $2.5 billion (£2 billion) of Pentagon funds for a section of wall on the southern border.

The court ruled by five votes to four to block a ruling by a federal judge in California that barred the president from spending the money on the wall.

The wall, dividing the US and Mexico, was Mr Trump’s major campaign promise during the 2016 election.

It is fiercely opposed by Democrats.

The decision by the Supreme Court means that the money will be used for wall projects in California, Arizona and New Mexico.

The court in California had argued that Congress had not specifically authorised the funds to be used for constructing the wall.

What has the reaction been to the ruling?

US House Speaker Nancy Pelosi said: “This evening’s Supreme Court ruling allowing Donald Trump to steal military funds to spend on a wasteful, ineffective border wall rejected by Congress is deeply flawed. Our Founders designed a democracy governed by the people – not a monarchy.”

The American Civil Liberties Union (ACLU) has vowed to seek an expedited decision from the Ninth Circuit Court of Appeals “to halt the irreversible and imminent damage from Trump’s border wall”.

The Trump administration claims the decrease is due to new policies with Mexico to curb migration.

The UN Missing Migrants project reports that 170 migrants have died or are missing on the US-Mexico border so far in 2019 – including 13 children.