US Democrat Buttigieg Wants To Compete Against Trump In 2020 Elections 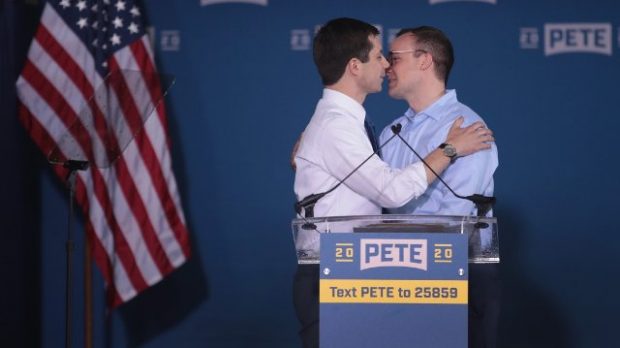 To Buttigieg’s announcement so many people had come to South Bend that not all fit into the venue in a former car factory hall – many followed the announcement in the rain on a huge screen in front of the hall. “He represents a new generation of democratic leadership, we love his vision,” said 35-year-old Jenn Watts, who was carrying her three-year-old daughter on her shoulders.

The graduate of the elite Harvard University, which speaks eight languages, has been present to the 100,000-inhabitant city of South Bend for seven years. From the office, he took a seven-month break to serve as a soldier in Afghanistan. He would be the first openly gay presidential candidate of any major US party.

As mayor, Buttigieg has earned a good reputation. He is credited with helping to boost South Bend’s economy. Buttigieg entered the Democratic presidential race a few weeks ago as an underdog – meanwhile, his reputation has risen sharply.

In the past few weeks, a number of Democrats have already announced their application. These include Senators Elizabeth Warren, Kamala Harris, and Kirsten Gillibrand and former Housing Minister Julian Castro. The number of candidates for the candidacy against Trump is expected to increase significantly in the coming months.