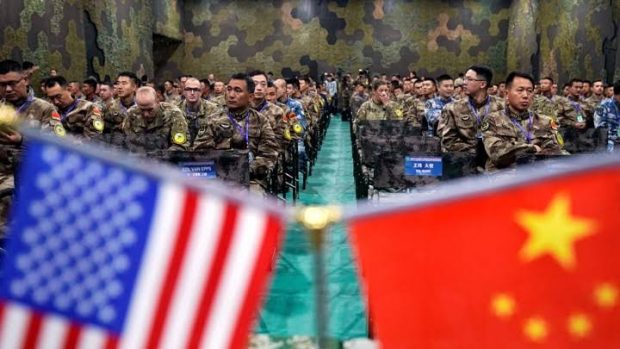 The Army is thinking big — really big — in its quest to maintain military dominance over global adversaries.

Army officials say they are putting more emphasis on research into a “game changing” cannon with an unprecedented range, one that could prove crucial in a conflict with a potential adversary such as China. The Strategic Long-Range Cannon (SLRC), which could reach well over 1,000 miles, represents a key piece of the Pentagon’s push for more advanced artillery capable of targeting enemy positions from distances that were once unimaginable.

The cannon, which the Army hopes to test by 2023, is part of the Pentagon’s broader effort to install “long-range precision fires” in potential battlefields around the world. The technology behind the SLRC remains in development, but Army officials said bringing such weapons into the arsenal is critical as the military prepares for the next era of warfare.

In an ironic twist, the quest for a modern longer-range artillery piece also marks a return to an earlier era for today’s modern militaries. “Super-guns” were eagerly developed by the powers drawn into World War I, and Adolf Hitler pushed Nazi scientists (unsuccessfully) to develop a V-3 “Super Cannon” to target London from bases across the English Channel.

“If you look at doctrinally how the U.S. military uses long-range fires to shoot and then maneuver … it’s one of the most important capabilities that we have as an entire Department of Defense,” Army Secretary Ryan McCarthy told The Washington Times in an interview last week.

Such weapons, he said, can “reverse the paradigm” for potential adversaries who are now spending heavily on capabilities to deny U.S. forces access to key areas and battlefields and who may have control of the airspace above certain future battlefields, Mr. McCarthy said.