Trump Denied Withdrawal Of US Troops From Yemen 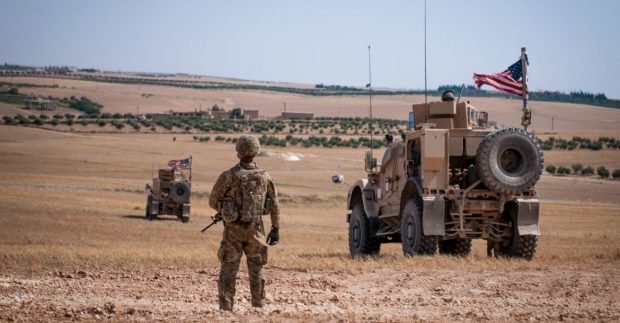 Democrats and several Republicans in Congress called for an end to the military operation in Yemen within 30 days. Donald Trump vetoed: He sees himself restricted in his constitutional powers.

US President Donald Trump has vetoed a Congressional resolution aimed at putting an end to US aid to the Yemeni military operation led by Saudi Arabia. In the decision passed by both chambers of parliament, Trump was ordered to withdraw all forces in support of the controversial operation within 30 days.

However, on Tuesday evening Trump announced that he had vetoed it – the only second of his term. The resolution was an unnecessary and dangerous attempt to weaken its constitutional powers, said the Republican. The decision would jeopardize the lives of American citizens and soldiers, he added.

Independent Senator Bernie Sanders, a driving force behind the resolution, called Trump’s decision disappointing, but not surprising. He announced that he would not let up in his efforts. “The people of Yemen desperately need humanitarian aid, not more bombs,” said the senator, who is applying for the presidential candidacy of the Democrats.

Proponents of the resolution argue that involvement in the war in Yemen violates Congressional constitutional rights. Only Congress, not the President, have the right to send American soldiers to war.

They said that the Saudi Arabian Air Force bombing had exacerbated the humanitarian crisis in Yemen and that many civilians had been killed by the bombing. Tens of thousands of people have died since the beginning of the civil war, ten million are threatened by famine. Already for the third time cholera has broken out.

In the civil war that broke out in 2015, Saudi Arabia is supporting the Yemeni government, which is fighting the Shia Houthi rebels. Saudi Arabia is an ally of the United States. The Houthis

control most of the country, including the capital Sana’a. They are supported by Iran.

In order to overrule Trump’s veto, a two-thirds majority would be needed in both congressional chambers, which is unlikely to be achieved – even if in the Senate before some Republicans had voted with the Democrats and thus provided for the necessary majority.

The resolution of the US Parliament was a clear political signal against Trump’s support for Saudi Arabia – and a rare signal of unity between the Democrats and parts of the Republicans. US support for the coalition in Yemen is also controversial among Trump’s Conservatives, who have a majority in the Senate.