Stage Victory For Trump: No Reception Of Transgender People In The US Army 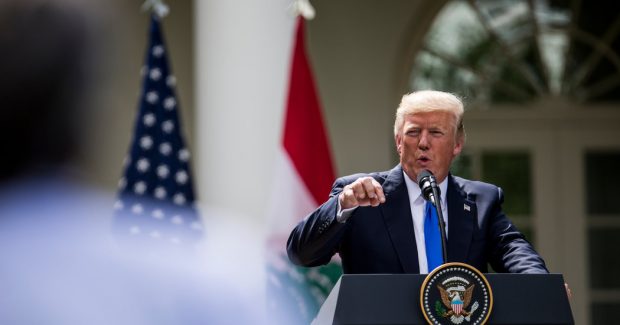 US Supreme Court provisionally approves ban on transgender in the armed forces.

For the time being, the government of US President Donald Trump may ban the official admission of transgender people to the US Army. The Supreme Court in Washington issued a corresponding urgent petition from the Ministry of Justice on Tuesday. Earlier decisions of lower courts against the transgender ban were lifted. Trump has won a stage victory.

The Supreme Court’s decision, passed by a narrow majority of five to four, is only provisional. The country’s Supreme Court ruled that the ban on transgender is for the time being until the decision of the appellate courts on the order of the President.

Trump had instructed the Department of Defense in August 2017 to stop accepting confessed transgender people to the country’s armed forces. He justified this by saying that the army should not be burdened with the “enormous medical costs” as well as with the unrest caused by the reception of transgender people. Several people and organizations went to court, and several courts overturned Trump’s order.

In its appeal, now approved by the Supreme Court, against these decisions, the Department of Justice argued that the authorization of transgenders under former President Barack Obama posed a “great risk to the effectiveness” of the armed forces. Under Obama, since the end of June 2016, transgender people have been allowed to serve in the US Army without having to hide their sexual identity.

In a first step, the admission of confessed transgender was still limited to those who were already serving in the armed forces. It was also ordered that the army cover medical expenses for soldiers who wanted a sex change. In a second step, the army should then include in July 2017 confessing transgender new in their ranks – against which Trump proceeded with his directive.

Transgender is a generic term for people who feel born in the wrong body, as well as for those who do not assign themselves to a clear gender. Among the 1.3 million active members of the US armed forces, there are between 1,320 and 15,000 transgender people according to different estimates.