Now It’s Fixed: Trump Receives A Short On The 20th Of February 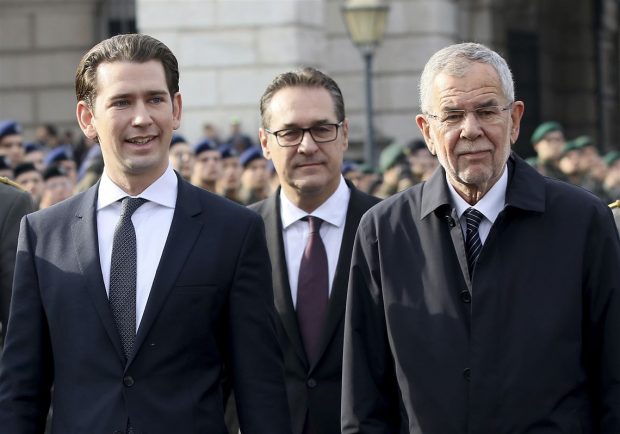 The White House announced the date for the meeting with “the youngest head of state of Europe” on Friday. Chancellor Sebastian Kurz confirmed this on Twitter. The last meeting of an Austrian Chancellor and a US President took place 15 years ago.

US President Donald Trump receives Federal Chancellor Sebastian Kurz (ÖVP) at the White House in Washington. Trump’s spokeswoman Sarah Sanders said Friday that Trump’s meeting with “the youngest head of government in Europe” is scheduled for 20th of February.

Chancellor Sebastian Kurz (ÖVP) confirmed the meeting on Friday evening. “I look forward to meeting with Donald Trump at the White House on February 20, POTUS (President of the United States), the US is a superpower and our second most important trading partner,” the Chancellor wrote on Twitter. Previously, the Federal Chancellery had said that Kurz wanted to meet Trump “this month”.

“We therefore always have a great interest in having the best possible and strong relations with the US, as well as supporting the EU’s efforts to avoid a potential trade war between the US and Europe,” Kurz said.

First, a private conversation is scheduled, then a bilateral meeting in a larger circle, said Sanders. Among other things, the US and Austria wanted to address global conflicts and those in the European neighborhood. It should also be about economic issues and energy issues.

Kurz has been the first Austrian Chancellor for a long time to visit the White House. Austrian Chancellors visited the USA, Signatarmacht the State Treaty, formerly regularly. So Chancellor Julius Raab stayed in the USA in 1958, Alfons Gorbach in 1962, Josef Klaus in 1968 and Bruno Kreisky in 1974 and 1983. Franz Vranitzky traveled to Washington in May 1987 at the height of the discussion about the wartime past of then Federal President Kurt Waldheim. Vranitzky was then several times with Bush sen. and 1994 at clinton. Wolfgang Schüssel was after the attacks of September 11, 2001 and most recently in December 2005 in the run-up to the then Austrian EU Council Presidency with Bush jun. in the White House.