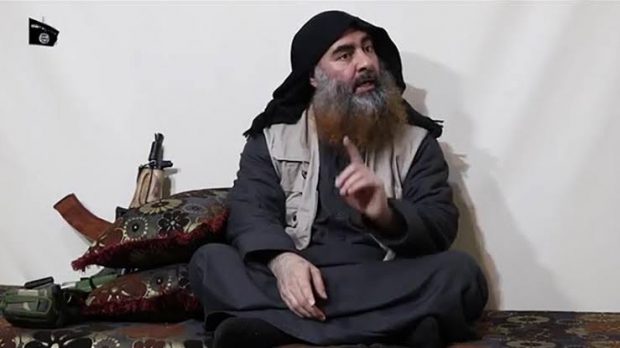 The US military has conducted an operation against the fugitive leader of the Islamic State (IS) group, US media report.

Claims of a raid against Abu Bakr al-Baghdadi have not been confirmed.

The White House said US President Donald Trump would make a “major statement” on Sunday, but gave no further details.

A US official told Reuters news agency an operation took place but was unable to confirm speculation that Baghdadi was killed.

The IS leader has previously been wrongly reported to be dead.

The White House has not confirmed either that an operation took place, or its alleged outcome.

Who is Abu Bakr al-Baghdadi?

The IS leader has been described as the world’s most wanted man.

In October 2011, the US officially designated him a “terrorist” and offered a $10m (£5.8m; 7.3m euros) reward for information leading to his capture or death.

Baghdadi has a reputation as a highly organised and ruthless battlefield tactician.

He was born near Samarra, north of Baghdad, in 1971, and his real name is Ibrahim Awad al-Badri.

Reports suggest he was a cleric in a mosque in the city around the time of the US-led invasion in 2003.

Some believe he was already a militant jihadist during the rule of Saddam Hussein. Others suggest he was radicalised during the four years he was held at Camp Bucca, a US facility in southern Iraq where many al-Qaeda commanders were detained.

He emerged in 2010 as the leader of al-Qaeda in Iraq, one of the groups that merged with IS, and rose to prominence during the attempted merger with al-Nusra Front in Syria.

IS released a video of a man it said was Baghdadi earlier this year. Before this, he had not been seen since 2014, when he proclaimed from Mosul the creation of a “caliphate” across parts of Syria and Iraq.

Areas to Find a Lady Online