16 States Are Suing The Trump Government 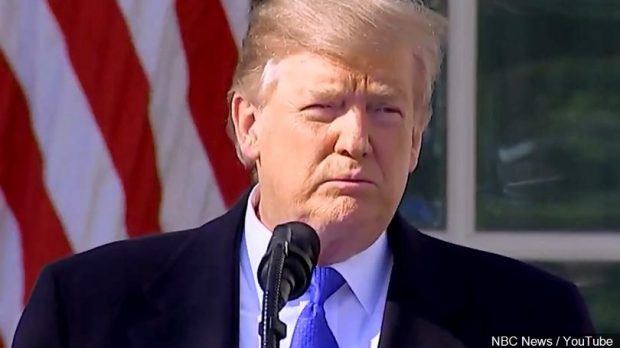 The lawsuit denounces the actions of the US president as a violation of the constitution.

16 US states are suing President Donald Trump’s declaration of emergency to build a border wall. In the case of a federal court on Monday California filed suit with the participation of, among others, California and New Mexico involved, Trumps approach denounced as a violation of the US Constitution.

Specifically, there are two provisions that deal with the legislative process and the role of Congress in the use of public funds. Trump has reclassified federal funds for the construction of the wall against the will of Congress and “the pretext of a supposed crisis, ” quoted the “New York Times” from the application.

Trump had declared a national emergency on Friday at the southern border of the United States on Friday, to advance his plans to build a border wall to Mexico. He justified this with an “invasion” of drugs, people smugglers and criminal gangs. Through the declaration of emergency, he now wants to repurpose money from other pots – especially from the Defense Department and collect a total of eight billion dollars for the construction of border barriers. The construction of the wall is one of Trump’s campaign promises.

The president had originally demanded $5.7 billion from the US Congress to build a border wall. The Democrats locked themselves against the demand. In the end, the congress approved about a quarter of the sum demanded by it. The declaration of a state of emergency allows the president to collect additional money for the project without parliamentary approval. According to the White House, the bulk of more than $ 6 billion is coming from the Defense Department – funds actually intended for construction and drug control purposes.