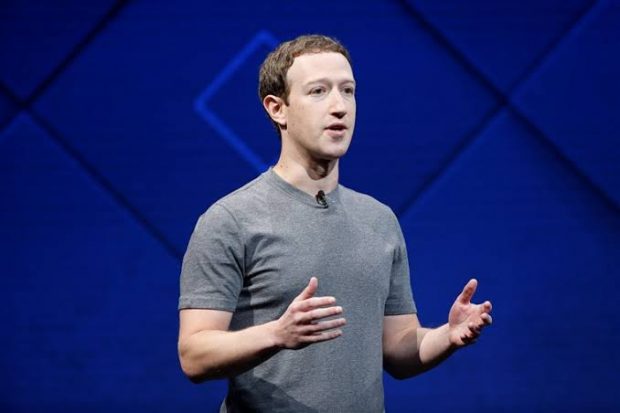 Facebook’s founder Mark Zuckerberg has said he does not think it is right for a company to censor politicians or the news in a democracy.

He was giving a speech in Washington DC following weeks of criticism over the firm’s decision not to ban political adverts that contain falsehoods.

He added he had considered barring all political ads on his platforms.

But he said he believed the move would favour incumbent politicians and whoever the media chose to cover.

But the comparison drew criticism from the late civil rights campaigner’s daughter, who said that disinformation spread by politicians had helped lead to her father’s murder.

The speech was delivered at Georgetown University in Washington DC, after which the audience was invited to ask questions. However the question-and-answer section was not broadcast on a livestream provided to the public.

During his talk, Mr Zuckerberg also took the opportunity to make a dig at Chinese rival TikTok, which he said was censoring news of political protests.

“But we could never come to agreement on what it would take for us to operate there there, and they never let us in.

“And now, we have more freedom to speak out and stand up for the values that we believe in and fight for free expression around the world.”

The event came three days after it emerged that since July, the Facebook chief executive had hosted private dinners at several of his homes to which he had invited conservative journalists, commentators and at least one Republican politician. These social events followed claims that the firm had shown bias against the right.

Facebook has also recently been attacked on the left, by two of the leading candidates in the contest to be the Democratic Party’s candidate for the 2020 presidential election.

“It is unacceptable for any social media company to knowingly allow deliberately misleading material to corrupt its platform,” Mr Biden’s press secretary said.

Mr Zuckerberg has also faced recent criticism from some of his Silicon Valley peers.

On Wednesday, Salesforce chief executive Marc Benioff described Facebook as being the “new cigarettes – it’s addictive, bad for us, and our kids are being drawn in”.

He also said that the company should be broken up to prevent it gathering so much data on the public.

“Why they can’t say that trust is our highest value is beyond me,” he added.

Apple’s Tim Cook has also criticised Facebook in the past. He has claimed it lets people’s personal data be patched together and used against them, and suggested that its cryptocurrency plans go beyond the bounds of where private companies should operate.

However, he has done so without mentioning the social media’s firm by name.