Apple And Google Suspend Monitoring Of Voice Recordings By Humans 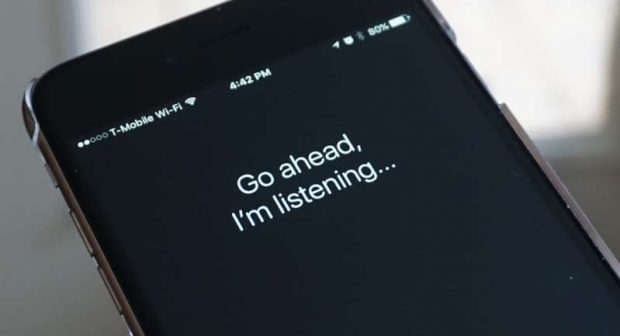 Apple is globally suspending the use of Siri voice recordings after reports emerged that contractors hired by the company listen to them to improve the voice assistant.

TechCrunch, which broke the news, said Apple plans to issue a software update to seek users’ consent before letting them participate in the product improvement program.

“We are committed to delivering a great Siri experience while protecting user privacy,” the company said to the outlet. “While we conduct a thorough review, we are suspending Siri grading globally. Additionally, as part of a future software update, users will have the ability to choose to participate in grading.”

In a similar development, Google said it will voluntatrily halt listening in and transcribing Google Assistant recordings for three months in the EU, according to German data regulators.

Last week, The Guardian reported how Siri voice snippets containing “medical information, drug deals, and recordings of couples having sex” are being heard by contractors working for the company around the world.

The objective, like with the case of Amazon and Google, is to listen to them and grade the assistant’s response, including to check if it was invoked by mistake, and if the response was appropriate. The snippets themselves are not associated with your Apple ID.

Apple’s own terms of service document says pseudonymized Siri requests could be used for quality control. But it stops short of explicitly stating that the work is actually undertaken by humans.

The iPhone maker is far from the only company to employ human oversight of its voice assistants. Audio recording requests made to Amazon Alexa and Google Assistant are also reviewed in a similar fashion.

It’s an industry-wide practice to collect voice recordings to improve speech recognition algorithms, as it’s very much an evolving technology. But seeking informed consent from users goes a long way towards addressing privacy concerns, not to mention ensuring compliance with EU GDPR requirements.

The suspensions come amid increased regulatory scrutiny of big tech’s business models, forcing them to be more transparent about their data collection, processing, and sharing practices.

Apple has long positioned itself as a paragon of privacy. But the company needs to send a clear signal that it’s dead serious about it and ensure it’s doing everything in its capacity to instill accountability and trust.