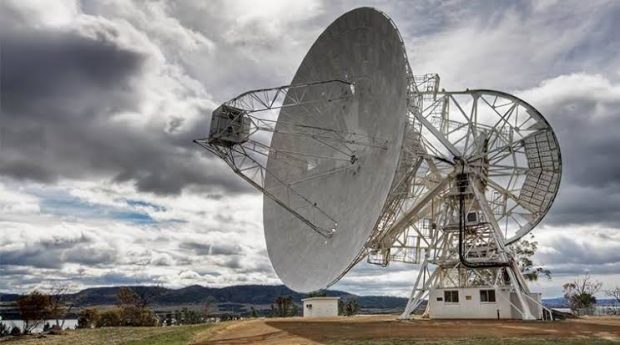 A super telescope has begun the most detailed survey of the Universe ever undertaken.

The aim of the five-year programme is to shed light on Dark Energy – the mysterious force thought to drive an accelerated expansion of the Universe.

The instrument effectively contains 5,000 mini-telescopes. Each one can image a galaxy every 20 minutes.

In just one year scientists will have surveyed more galaxies than all the other telescopes in the world combined.

What is Dark Energy?

The Big Bang theory of the creation of the Universe originally predicted that its expansion would slow down, and that it would possibly begin to contract as a result of the pull of gravity.

However, in 1998, astronomers were shocked to discover that not only was the Universe continuing to expand, but that this expansion was also accelerating.

It has been calculated that Dark Energy makes up most of the Universe. Indeed, the atoms that build planets, stars and galaxies probably account for just 5%.

Prof Ofer Lahav, from University College London, is taking part in the project. He said scientists still knew next to nothing about Dark Energy 20 years after its discovery.

“The nature of Dark Energy, and what it is, may well lead to a revolution in physics – the whole of physics!”

What will the new project examine?

An international team of researchers will use a device called the Dark Energy Spectroscopic Instrument (DESI). It has been retrofitted on to the 4m Mayall telescope at the Kitt Peak observatory in Arizona, US.

Inside DESI are 5,000 optical fibres, each acting as a mini-telescope. This enables the instrument to capture light from 5,000 different galaxies simultaneously, precisely to map their distance from Earth, and gauge how much the Universe expanded as this light travelled to Earth.

The team has drawn on previous surveys to create a guide map of the Universe from which 35 million galaxies will be selected as targets for DESI.

How does Dark Energy push the Universe apart?

The key seems to be a force called vacuum pressure which is caused by fluctuations in the fabric of space-time at a sub-atomic level.

Calculations suggest that this vacuum pressure should be an unimaginably larger number (1 with 120 zeroes after it) than the force astronomers actually see pushing galaxies apart.

One possibility is that the vacuum pressure was much, much larger in the early Universe and now has dwindled to its current level.

But could the answer lie elsewhere?

Another possibility is that the current theory of gravity is incomplete. Unlike other fundamental forces, it does not have an opposite force – akin to the positive and negative charges of electricity.

DESI is able to test the current theory of gravity, developed by Albert Einstein more than 100 years ago, in unprecedented detail because it can see so far back into the past.